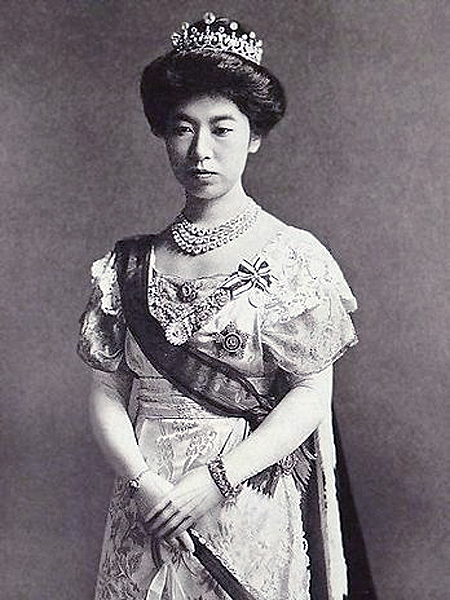 Sadako Kujō, after death known as Empress Teimei, was Emperor Taishō’s wife and a daughter from Fujiwara family.  She was also known as an active patron of Japanese Red Cross Society.

On the 6th of April 1921, the Empress came to visit Siberian Children in Fukudenkai.
At that time she broke the court etiquette and asked children to move closer to her.

During the meeting, she was deeply interested in children’s wellbeing and asked Anna Bielkiewicz about the youngest girl.

The empress wa also keen on reading “Echo from Far East” –  Bielkiewicz’s magazine – and supported publishing of a book devoted to History of Japan.