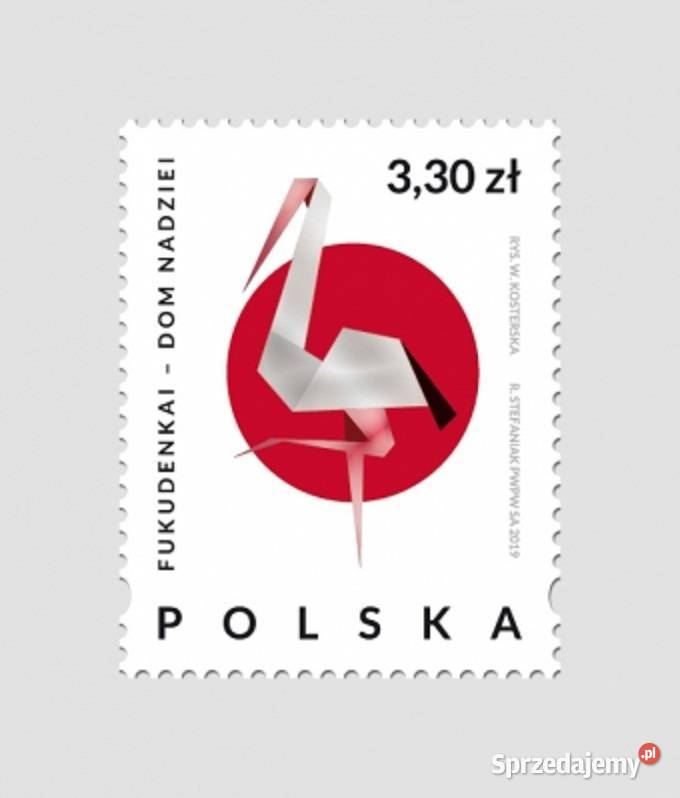 This is a stamp design issued in Poland in September 2019. This design was drawn by Wiktoria Kosterska, a student at the Academy of Fine Arts in Wroclaw in Poland.

The circle in the center is Hinomaru (＝The Rising Sun, Japanese flag), which expresses the image of hope.
In addition, a stork, which is known as a bird that carries happiness, is folded with origami and used as a motif. Furthermore, a stork is also considered as a symbol of Polish nature.

Commemorating the centenary of the arrival of Siberian Children in Japan, this design describes the bond between Poland and Japan,
and the connection with Social Welfare Corporation Fukudenkai, which made an effort to help Siberian Children.