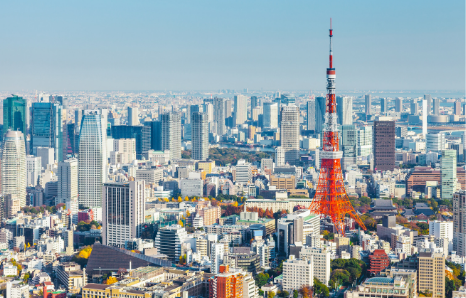 In 1886, the predecessor Hakuaisha Hospital was established.

In 1887, it was renamed the Japanese Red Cross Society and approved by the International Committee of the Red Cross.

Anna Bierkiewicz, president of the Polish Rescue Committee of Far Eastern Children, visited the Japanese Ministry of Foreign Affairs in 1920 to plead for the relief of Polish orphans. At that time, the Japanese Red Cross Society received a request from the Ministry.

Since it was adjacent to Fukudenkai Childcare Center, many nurses went to the Center to take care of the children.

In 1920, the then Fukudenkai Childcare Center provided free accommodation for the Siberian Children. The children gradually recovered their health there.

In 2009, the then ambassador of the Republic of Poland to Japan passed by Fukudenkai by chance, and talked Fukudenkai staff about the history of the Siberian Children, which led to a resumption of friendship between Poland and Fukudenkai. The Tokyo Imperial Palace is the main residence of the Emperor of Japan. It is built on the site of the old Edo Castle.
In the Palace, there are Kyūden (宮殿) main palace where various events are held, the Imperial Household Agency, huge gardens and other residential area for the Imperial Family.